Python is currently only available on Professional and Enterprise plans by default. If you have a Trial or Starter plan and would want to use it, please contact us and we will activate it for you.

Python allows for quick and easy data manipulation.
This functionality is part of the Logic River type, which allows you to create a data transformation process using steps, variables, containers, conditions, loops, actions, and River runs in straightforward method.

Rivery currently only supports Python 3.8.4.
In the future, more versions will be supported.

By default, Rivery handles the installation of the most recent packages:

If you wish to install another package, simply add it to the 'Install Additional Packages' section: 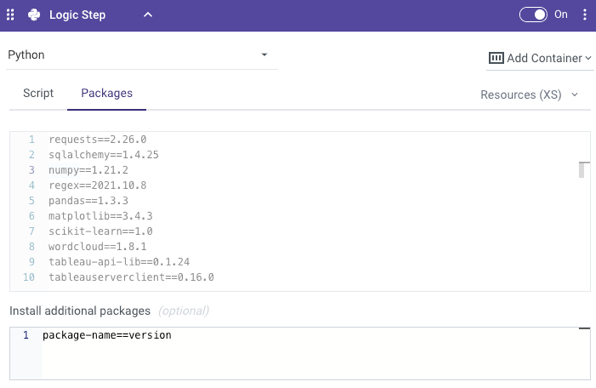 Dynamic variables are a feature of Python. These can be used to link Rivers, automate activities, and communicate data.

How To Use Logic River Variables

Run this script if you're working with numerous variables:

If you want to use the variable as an array, run this script (only arrays):

Note:
When using a Multiple Value variable, you must only use square brackets to contain an array. Quotation marks (as with strings) aren't an option in this case.

Users have the option to encrypt sensitive data kept in River variables.

How To Use Environment Variables

Please Note:
To create an Array, use square brackets to save it as the variable's value.

6. To use the variable(s), run this Python script:

Python allows for the manipulation of vast volumes of data, which is why Rivery offers 7 distinct resource types: 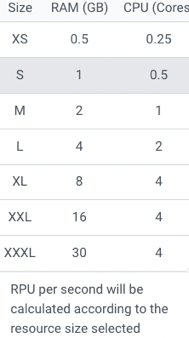 Each logic step is linked with a resource type, which can be found here:

Note:
Before a Python script is run, there is a one-minute server startup period.

All of the Python logs will be handled by the Logic river, which will post them to the Logic step's logs.

You can also find the log in the main menu's Activities tab by searching for the name of your river.
Follow the on-screen instructions:

The RPU (Rivery Pricing Unit) of the Python Logic step is calculated by adding the script's entire time and the quantity of network usage.
Note: If a River run is unsuccessful, the Python Logic Step RPU (logicode_rpu) will not be calculated.

The python pricing is based on:

The RPU can be found in the Logic Step Details: 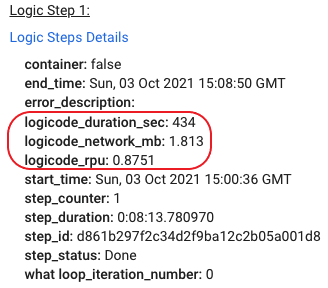