Variables are an option available to users on the Rivery platform. These can be employed to enhance the creation of connections, automate procedures, and transfer values between Rivers.

Note:
Variables could be used up to 13 MB or 1000 rows of data, whichever comes first.

Variables in Rivery are designated by curly brackets {  }. This format can be used throughout the Rivery platform to save data as a variable or to write/reference a variable.

ex: In this example, the Snowflake Database is referencing the {BLOCK_DB} variable. When this is run this will reference the 'DEV' database due to the Universal Variable configured. 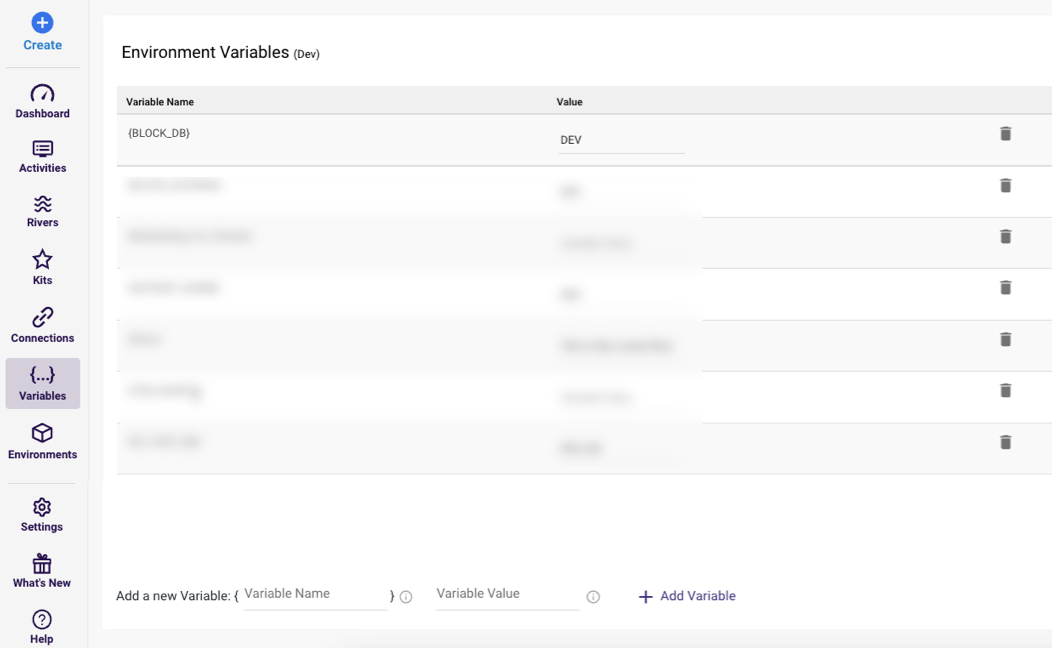 There are 2 types of Variables:

1. Environment Variables - Used throughout the entire platform. These can be used in Rivers without being defined as a River Variable.

2. River Variables - Only used within a specific River. This can be used in Action and Logic Rivers.

These can be configured by clicking on the 'Variables' tab on the Rivery main menu.

These can be configured by clicking on the Variables icon located on the left side of the Logic and Action Rivers screens.

Variables can be used in Logic Rivers as Conditional Logic or Looping Logic.

In the following example. {variable} is used to run a process if it equals another variable {id}. These fields can also be set to integers or string values. 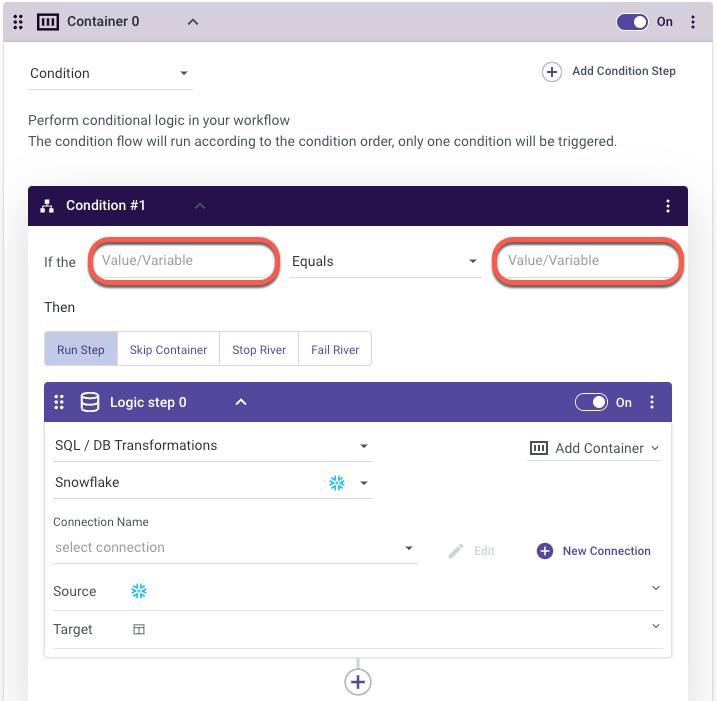 In another example. A Variable with multiple values is looped through and each value is placed in another variable {id} used in a Logic Step in the Loop. 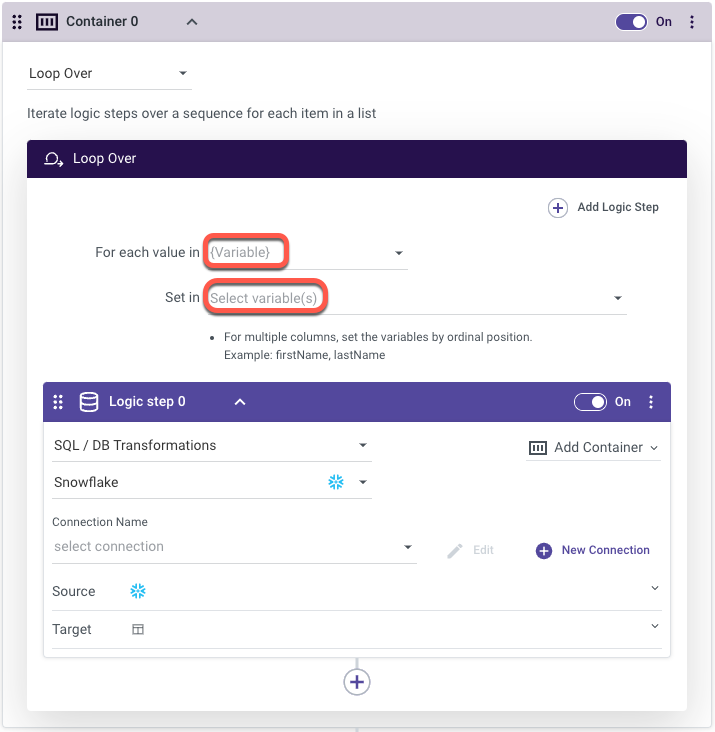 In the SQL/Script Logic Step, Variable values can be called if they're in between single quotes (example: '{variable}').

Some variables cannot be used as they are overwritten by internal Rivery processes for process logging.

{run_id} - Used by Rivery to assign a Run ID

Was this article helpful?

By entering and using this site, you consent to the use of only necessary cookies to enhance your site experience and improve our services.